The MTS Converter makes it easy for users to convert MTS videos to editing software, media player, etc.
Get it now

This Mac MTS Converter helps you convert MTS/M2TS(AVCHD) to most popular video/audio formats, such as converting MTS/M2TS to MP4, MOV, M4V, VOB, etc.
Get it now

“Can you share the best program to convert MTS to DNxHD? I just got a Panasonic Lumix camera which records full HD 1080p videos in .mts format, now I want to edit the footages with Avid Media Composer, and I want to use DNxHD codec, so please recommend an effective MTS to DNxHD converter for me, thanks!”

“How can I edit MTS files in Avid MC on Mac smoothly? I tried to load MTS files into Avid MC for editing, but I always get problems when importing, after searched on Avid forum, I was told that I need to transcode MTS to DNxHD codec MOV format, it is said that DNxHD is native codec for Avid MC, can you tell me which software can do this conversion?”

MTS video format is popular among the HD video formats, because it is a high definition digital video camera recorder format, which can store and deliver great data for you. Nowadays many camera producers have chosen MTS format to store data recorded by cameras or camcorders. After you got a camera maybe released by Sony, Panasonic, or JVC, you may find that the recordings are in .MTS format.

To many professional users, MTS is not a convenient video format for editing or playback, because many editing software or players still can’t support this format, take Avid Media Composer for example, you can’t import MTS files into Avid Media Composer for editing smoothly, because it is not a friendly format for editing, you will encounter importing and editing issues. So in order to avoid video compatibility issue and edit MTS files in Avid Media Composer natively, you will need to convert MTS to DNxHD codec MOV format, which is native codec for Avid MC, with this codec, you can edit MTS recordings in Avid MC or Adobe Premiere Pro CC/CS6/CS5 smoothly.

Acrok MTS Converter   is the software that we recommend for you, this is top MTS video converter on the market, you can convert all the MTS files recorded to any formats you need, such as DNxHD codec for Avid MC, Apple ProRes codec for FCP X, or MKV/AVI/MOV/MP4 formats. Besides MTS files, it also supports all other formats, include MKV, WMV, FLV, AVI, MP4, MOV, M4V, etc.

Below is the main interface of the MTS to DNxHD converter. As you can see, it is brief but powerful, you can click the add button to load files, or just drag and drop the footages.

After you loaded the MTS clips, you can select output format in the format column, to edit with Avid Media Composer, DNxHD codec is the best. 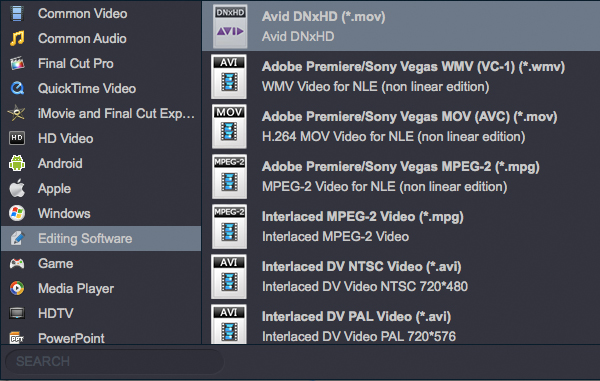 It is available to set the output parameters in the MTS to DNxHD converter, you can customize the resolution, bitrate, frame rate, etc. 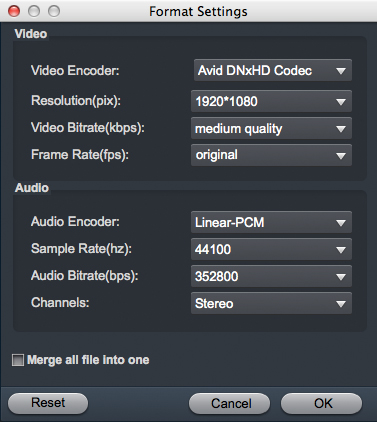 The final step is to click convert button on the main interface, the MTS to DNxHD conversion process will begin. When the conversion is finished, you can import converted DNxHD codec videos into Avid MC, and then you can edit natively. Please try this program, it will help you to solve your MTS compatibility problems easily.